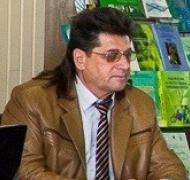 The doctor habilitat in biological sciences, Tudor NASTAS, was born on July 19, 1956 in the village of Cojusna, Straseni district, Republic of Moldova. He graduated from the Faculty of Biology and Pedology, State University of Moldova (1973-1978). He did doctoral studies at the former Union Institute for Scientific Research in the Field of Biological Methods of Biological Plant Protection, currently IGFPP. He defended his doctoral thesis in 1990. In 1995 he obtained the title of research associate professor. The thesis of doctor habilitat in biological sciences defended her in 2012 in the specialty 06.01.11 - Plant protection. In his scientific activity he goes through all the steps - from senior laboratory assistant to head of laboratory.
Mr. Tudor NASTAS actively participates in the training of scientific staff in the field of Plant Protection. Under his leadership, 2 doctoral theses in biological sciences were brilliantly defended, and another is being completed for the defense. He was and is the leader of the bachelor's and master's theses of students at the State University, the Pedagogical University of Tiraspol and the Agrarian University in the field of Plant Protection. The research carried out throughout the period of activity was focused on various issues related to plant protection. By using plant protection techniques, the ethological peculiarities characteristic of the sexual behavior of the target phytophagous insects, under the action of the environment saturated with synthetic analogues of sex pheromones, were highlighted, classified and evaluated. The changes in the ontogenetic cycle of the target insects under the action of the environment saturated with sex pheromones were established, determining the consequences of these changes on the ontogenetic stages and evaluating the ethological and physiological factors, which reduce the prolificacy of the females of the target species. The role of the aphrodisiac pheromone on the ethology of the target insect genera was appreciated. The dynamism of the diurnal and seasonal sexual behavior of several species of phytophagous insects, economically important for the agriculture of the Republic of Moldova (and not only) was evaluated, which allowed the elaboration of the strategy for applying sex pheromones to decrease the density of these pests. It has been shown that the environment saturated with synthetic analogues of sex pheromones does not cause the blocking of sexual connections of target insects, and the decrease in damage to crops is due to ethological and physiological deviations in their ontogenetic cycle. Based on these results, methodological and technological procedures have been developed for the application of sex pheromones for mass capture and disorientation, multiplication and release of entomophages, extraction and testing of biologically active substances of plant origin, against several species of pests and phytopathogens, economically important. The methodological, technological principles were elaborated, and the biological efficiency of consecutive application of biological agents in the protection of agricultural crops was appreciated. The ultimate goal is to obtain organic production, reduce stressors and restore natural balance in agricultural biocenoses. The results are implemented in production conditions and recommended for application as component parts of integrated crop protection systems.
The scientific activity is reflected in over 220 papers, including 1 monograph, 1 guide, holds 6 patents.
Mr. Tudor NASTAS actively participates in the realization of scientific projects: (2011-2014) project director 11.817.04.15A "Development of procedures for regulating the density of harmful organisms by applying biologically active substances and entomophages in the integrated protection of agricultural crops"; (2013-2014) bilateral project director (Belarus) 13.820.04.09/BF "Biological argumentation of the ecological system of protection of nightshade crops based on the diagnosis and formation of the structure of populations of pests and entomophagous in conditions of ecological stress"; (2015-2016) project director 14.05.074 A “Estimating the role of biological agents in regulating the density of harmful organisms and elaborating the methodological bases of application in field crop agrocenoses”; (2015-2019) project director 15.817.05.11A “Estimation of the role of biological agents in regulating the density of harmful organisms and elaboration of methodological bases for application in field crop agrocenoses”; (2018) Coordinating Executor within the EaPTC Project coordinated by EaPTC-GIZ, “Strengthening Regional Capacities for Applying Environmentally Friendly Technologies in Integrated Pest Management Systems” (83248962) (amount 300 thousand Euro); (2020-2023) project director "Development of alternative methods of control of harmful arthropods in various agricultural cenoses, based on environmentally friendly means and procedures." Projects submitted, but which have not accumulated the required number of points