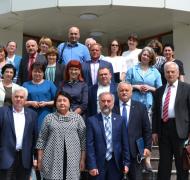 The Public Scientific Association of Geneticists and Breeders of the Republic of Moldova in collaboration with the Institute of Genetics, Physiology and Plant Protection and the Center for Functional Genetics, State University of Moldova held on June 15-16, 2021 the XI International Congress of Geneticists and Breeders of the Republic of Moldova, conducted in mixed format, offline and online.
The Xth International Congress of Geneticists and Breeders of the Republic of Moldova was devoted to the issues of efficient mobilization of achievements and genetic resources in developing mechanisms to reduce mortality and strengthen human health, as well as breeding programs and plant, animal and microbial biotechnologies.
This year's scientific forum brought together 370 representatives of the national and international academic community, university professors, scientific researchers from 12 universities, 43 research institutions and private companies from 14 countries (Belarus, Bulgaria, China, Italy, Great Britain, the Netherlands, Republic of Moldova, Romania, Russia, Serbia, Slovakia, United States of America, Turkey and Ukraine).
In the plenary session were presented 6 reports focused on research of genetic diseases in humans, for example, evaluation of the expressiveness of immunoenzymatic parameters associated with ischemic stroke in children, for the purpose of early diagnosis and predictive factors of the disease. In the field of genetics and animal breeding, comparative investigations on bovine genetics in the world and in the Republic of Moldova were presented. Other topics discussed include genetic control of valuable character in crop plants, current problems of plant, animal and microbial biotechnologies.
During the thematic sessions, 38 reports were presented, of which: 6 - General and molecular genetics, 14 - in the Human and Medical Genetics section, 6 - Genetics and plant breeding, 5 - Animal genetics and breeding, 7 - Plant biotechnologies, animals and microbial.
In the sections General and molecular genetics were presented 22 papers of 57 researchers from 6 countries, representing 5 higher education institutions (Moldova, Romania, China), 8 research institutions (Moldova, Serbia, Russia, Belarus) and a company private (Moldova). The topics covered included molecular studies of the germplasm of agricultural crops, as well as host-pathogen relationships; applicability of protein markers, secondary compounds in assessing the potential of genotypes and accelerating the amelioration process; genetic-statistical methods for analyzing genetic diversity and creating informational tools for interpreting molecular data. Progress has been made in introducing molecular analysis methods into applied and fundamental analysis, such as genetic fingerprinting, screening for valuable traits based on genetic marches.
In the field of Genetics and plant breeding, 56 papers were presented by 139 researchers from 8 countries, representing 6 higher education institutions (Moldova, Romania, China, Slovakia), 16 research institutions (Moldova, Romania, China, Italy, Serbia, Russia, Ukraine) and a private company (Moldova). Following the development of the fundamental classical concepts, the most current achievements in solving the various areas of activity were approached: experimental mutagenesis, androculture, characteristic quantitative genetics, cytoplasmic sterility, gametic selection, etc. it ensures the efficient transmission of genes, the combination and the multiple improvement of the character of interest. Proof of the success of the applied genetic-ameliorative methods were exposed the varieties of cereals, vegetables, legumes, medicinal and aromatic plants are maintained in the profile research institutes. In order to improve the adaptive capacity of crop plants, strengthen the resilience and reduce the vulnerability of climate change, the need to create varieties resistant to environmental factors with increased ecological plasticity is pointed out.
Within the sections Plant, animal and microbial biotechnologies, 30 works by 77 researchers from 3 countries representing 4 higher education institutions (Moldova, Romania, China) and 4 research institutions (Moldova, China) were exhibited. In these papers were addressed topics aimed at the applicability of biotechnological methods in identifying valuable genotypes, expanding genetic diversity through in vitro cultures, micropropagation and multiplication of rare plants, conservation and enhancement of biodiversity; elucidation of physiological, biochemical and structural mechanisms in plant ontogenesis under optimal conditions and ecological stress. Research has been focused on the microbial biotechnology department 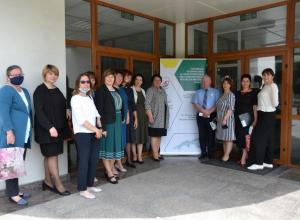 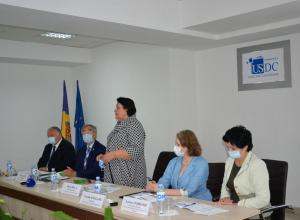 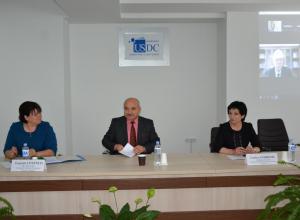